I haven't really done a Halloween costume in years. Well, actually, it could be closer to a decade. In some years I've occasionally half-assed it but in general, there's never been much point. I don't really do much for halloween despite how it seems to be undergoing a resurgence and transmutation over the past 10 years or so. The halloween from my youth, the holiday for kids and filled with candy, no longer really exists anymore. Part of this was inevitable as stranger danger fears and precious snowflake syndrome let their powers combine like a batshit insane Captain Paranoia. While I used to recall dozens upon dozens of kids all trick or treating and roaming the streets in great mobs, that's clearly now a thing of the past. And this is the suburbs. I can only imagine that the Halloween of my memories died a far earlier death in more urban areas if it ever existed at all. Anyway, to fill this void, Halloween has been reborn. It's now not so much a holiday for kids as a holiday for drunken adults to work out their cosplay fetishes. From everything I've heard, it's now one of the prime opportunities of the year to liquor up and get down. Nothing probably tracks that better than the proliferation of slutty costumes. You always know there's going to be a party when the word slutty/sexy prefaces every costume description for women. It's a fact of life. Where the drunken half nekkid girls are...there the guys will be. Now, I didn't intend to get off on a sociological tangent mourning the halcyon days of my youth. Really, what I intended to do was post about my half-assed halloween costume for this year. I had been planning to do absolutely nothing for it but it turns out Shirt Woot was having a derby contest with the topic being halloween costumes in t-shrit form. This was the winner and I snatched one up just because of the sheer awesomeness. 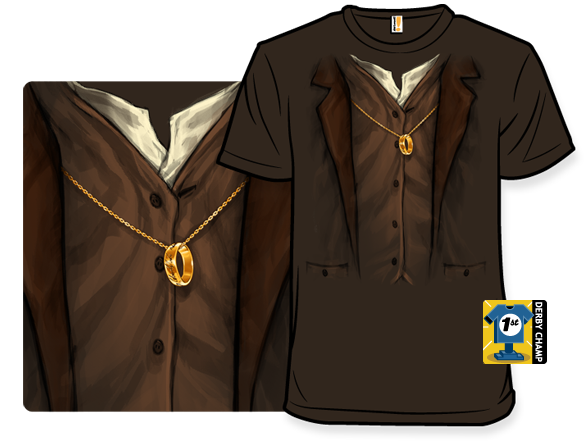 Pretty spiffy eh? Sure, it's a t-shirt and thus half-assed by definition, but I thought it'd be fun. It just so happened though I was browsing Think Geek the other day and something new to their inventory had stuck in my head. It seemed perfect and fitting so I bought myself a pair of hobbit feet. 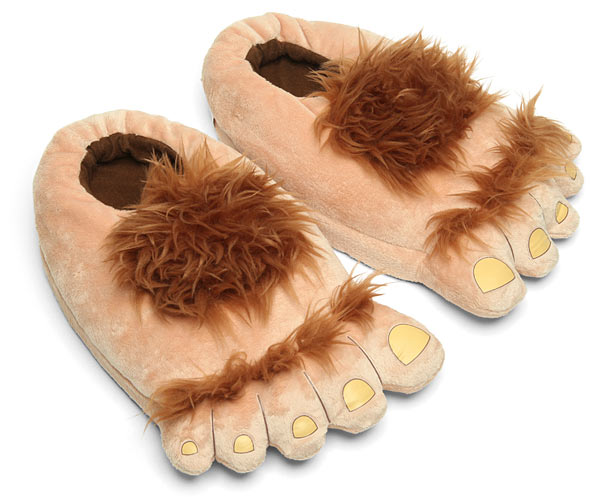 I've never seen myself as a hobbit, though the description probably applies more than I might like. Thus, I will be hobbiting it up on halloween. If nothing else, I think the nieces and nephew will get get a kick out of the hobbit feet.
Collapse