I never manage to sleep well the day or two before a trip and Origins this year was no different. It's probably a symptom of anxiety, much like the fact that my kidneys also tend to seize up whenever I'm on a trip and I start retaining water like a camel preparing for a 10 year drought. By the time it came to leave for Origins this time around, I was around -8 hours of sleep over the past couple nights. Despite that, the drive wasn't as terrible as it has been in the past. The worst part was I couldn't get the bluetooth to synch up between my phone and the car, so I wasn't able to pass the time listening to Brandon Sanderson's The Final Empire like I had planned. The Mistborn series has been on my To Read list for ages and I thought this was the perfect chance to start it. Instead, I was left with a succession of NPR stations and then country and bible thumping when I entered the no-man's land of western Pennsylvannia and West Virginia. The lack of sleep did force me to take a two hour nap at one point but I still managed to roll into Columbus at 4pm.

A while back, I had purchased a collapsible rolly-wagon on ebay with the intention of using it to tow my games around for game days and Envoy Splashes. It seemed pretty sturdy and useful but I hadn't actually gotten around to giving it a try but I decided to drag it to Origins with me. It turned out that Gorilla Games had had a snafu with their event submission and as a result, none of their games were in the system. They had been thinking of simply creating an open gaming pop-up, running their games at an open gaming table and I had volunteered the wagon as a useful means of carting games from one location to another without having to carry it by hand. 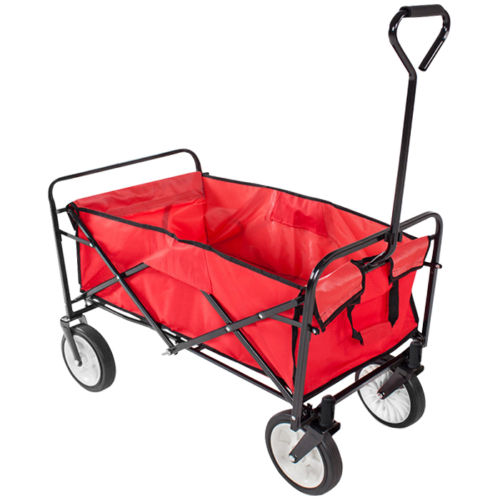 When I arrived in Columbus I parked my car in the cheapest lot I could find ($8 a day) and loaded everything into the cart. It made things so much easier to transport I think that it's going to be a fixture on every trip I take in the future by car. I have very little stamina with the left-over anemia problems and then all the muscle loss these past couple years and the cart, with its large wheels, made carrying all my crap bearable. 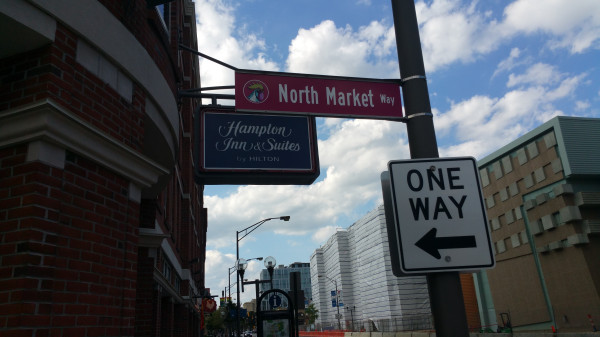 This was my first year staying at the Hampton Inn and I will never stay at any other hotel again for Origins. The amazing ease of having your hotel be across the street from the middle of the convention center cannot be overestimated. Even moving at my slow, tottering speed I could call it a day and within 5 minutes be in my bed. For that convenience, I'm pretty sure I could have lived with all sorts of downsides, but the Hampton Inn was comfortable in all respects. It even had free coffee available 24 hours a day. This largess resulted in more consumption of coffee over the course of 4 days than I have ever had in my entire life. I learned early on that caffeine never had much of an effect on me unless I took truly ridiculous doses (6 Vivarin tablets at once is a bad idea) which resulted in non-stop projectile vomiting. Because of that, I never got into the habit of consuming coffee but hell, it was free and I'm a bit fan of free. I think I downed somewhere near 60 ounces on one of the days.

Anyway, I got to my room towing my little red wagon and proceeded to flop on the bed doing my best beached whale impression. 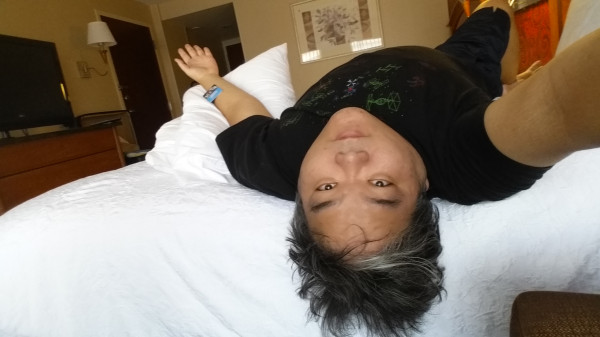 I was sharing the room with John Reid, someone from my local PFS group and he had driven in with other PFS people the day before. He was already getting his game on, playing in various PFS and LSJ RPGs since the morning. Rob, due to the Gorilla Games event snafu, also had a housing shortage problem and along with a friend was supposed to crash in the room starting the next day.

After resting up for a bit, I dropped Curt a line and met up with him and the rest of the crew in the main hall. They had gotten in in Monday and had already set up the booth so there was nothing to do until the events scheduled that evening at 9pm. In addition to Curt, there were only 4 of us working the Smirk & Dagger booth for Origins. I knew that there was a far larger crew for gencon (somewhere around 17) but I'm guessing the 10 year Origins hiatus made it harder to find people. Mel, Jon, and Andrew had been helping out Curt with his booth and events for years so that made me the newbie but they made me feel welcome immediately. For the entire length of Origins, at least half of Curt and Melodee's interactions sounded like this.

Like, more EWW than you could shake a stick at. I never did figure out what had started it but it was an entertaining sort of sideplay over the 5 days. 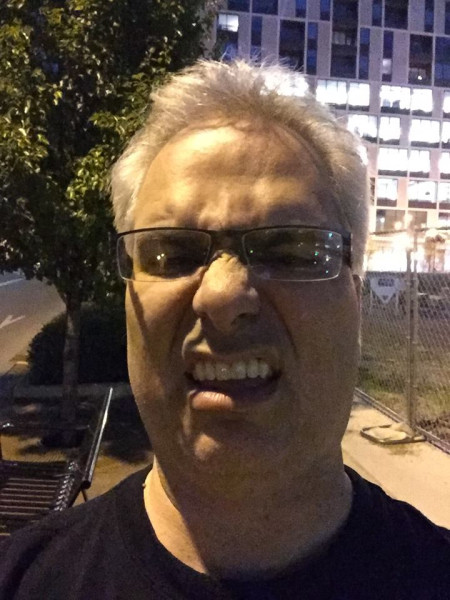 In case you haven't seen it already. This is Curt's EWW face. Be afraid, be very afraid.

By the time we had all met up and wandered a bit around the main hall, it was well into dinner time and we needed to grab something quick to eat before running the game scheduled for that night. Someone had heard of a restaurant which served amazing friend chicken right across the street next door to the Hampton Inn and so we decided to give it a whirl. I'm not sure if this restaurant has been around in years past but I don't recall having ever heard of it before. I ate all of my meals last year at Origins from the free food available at the Drury and I wasn't ready for just how amazing Columbus's restaurant scene had gotten. According to the Double Comfort's website, it offers Southern cuisine and fried-chicken, with a twist... For every meal you buy at our restaurant we donate money for a meal at a food pantry to help feed those in need! All I can say is that if the food pantry is receiving equivalent meals to what we were served than food insecurity has never tasted so good. 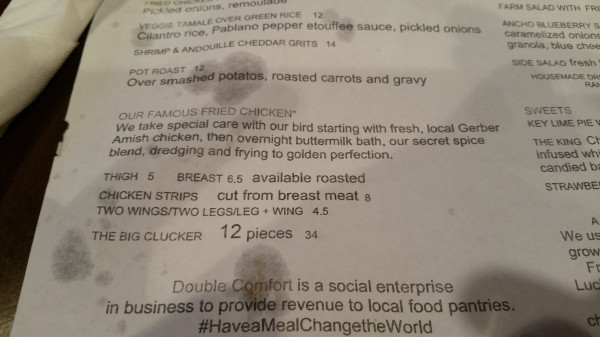 When I first saw this menu, I thought the grease stains were some sort of absolutely brilliant advertising gimmick. I would eat breakfast at the Hampton each day at Origins but skip lunch so I was pretty ravenous by the time dinner rolled around. As far as I was concerned, those grease splotches were like some sort of testimonial that I was in for a treat. I assumed they intentionally splattered each menu in order to whet the appetites of their patrons until I glanced over and saw that my menu was the only one marked in such a fashion. I still think that might be a smart idea, even if in this case it was accidental.

With the sole exception of Jon, we all decided that the fried chicken was the thing to order. I think he went with the pot roast or some other such nonsense but the rest of us went for The Big Clucker. We also placed an order for poutine which most of us, myself included, had never had despite having heard Canadians go on and on about it. Mel and I also decided to give their biscuits a whirl while Curt sampled the Jalapenos Mac and Cheese. As we waited for our meal, the sky which had already looked ominous when we crossed the street to the restaurant, turned darker. By the time we left, it had erupted into a full on stormy downpour. We traded stories about that one Origins years ago when tornados hit the city and there were blackouts but it didn't get that bad this time around. On the plus side, it had been muggy and nasty outside during the day but after the storm everything was better for days, only turning mcnasty again on Monday. The kitchen staff was taking its sweet time preparing our food so I took to examining the condiments on the table. I had never seen 'Pepper Sauce' before and the fact that it resembled a jar of maggots did not encourage me to give it a try. I also didn't realize at first that you're not actually supposed to eat the peppers themselves, just the liquid it's floating in. Is that weird to anyone else? Anyone, that the point I would have used just about any distraction as we waited and waited and waited. We had events scheduled that night and if the food didn't arrive soon we would have to leave someone behind to snag the order as takeout. I suggested that as one of those hipster, farm to table, humane restaurants the chefs were probably in the back waiting for the chickens to die from natural causes before they could be breaded and fried. Eventually the poutine arrived though and it was....okay. It really didn't leave much of an impression with me. I'm not sure if that was more because it was lackluster in and of itself or because it paled in comparison to the glorious chicken. And man, was it glorious. I'm not sure if it was partly the work of hunger or the fact that it was pipping out fresh from the fryer but this was some of the best chicken I had ever had. It was amazing. We fell upon it like a hoard of ravening piranhas. The speed and ferocity of our consumption also spurred on by the fact that we had an event to run in 15 minutes or so in the convention center. All I can say is that if we didn't have a commitment, I would have happily sat there, ordered another Big Clucker and devoured it all. I still feel sort of sad I didn't find the chance to go back at some point during the convention for more fried chicken, and perhaps been able to consume it like a normal person rather than a wood chipper. I'm pretty sure the food also got Mel's seal of approval.

Enough people for two Hex Hex tables showed up for the 9pm game and things went pretty smoothly. The attendance wasn't spectacular and mostly those people that did show up seemed to be old friends and die-hards rather than people who had never tried the games before. That tended to be a trend through the rest of Origins and I wonder if it had anything to do with the fact the games were running 9pm-1am or if people simply didn't attend ticketed board/card gaming events as often now that the CAB open gaming ribbon was available. I spent most of my time that night chatting and checking how many people were in my Plaza on my 3DS before heading to bed.
Collapse